TRANSCONTINENTAL ENCOUNTER AT THE SUMMIT: JAZZ, DANCE AND INDIAN MUSIC

A brilliant show liberating the grace of a couple of Indian dancers supported by the extraordinary energy of ten musicians.

This show combines original compositions and traditional pieces and is the result of a four-year collaboration between OZMA and the band Darpana, a carnatic music ensemble (traditional music from southern India).

OZMA had toured India in 2009 during which it traveled to twelve cities across the subcontinent.

Three years later, the group was invited by Philippe Martin, director of the Alliance Française of Ahmedabad, to return to India for a project of musical creation, followed by a tour in the Alliances Françaises of India.

OZMA and Darpana immediately rejected the idea of ​​a fusion world music to devote themselves to a real exchange.

As a human and artistic adventure, the combination of these two ensembles gave rise to a show, which according to the Indian listeners, “sheds light on their own musical culture through the prism of a more electrically and deliberately modernist language. “ 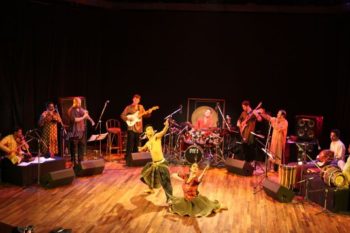 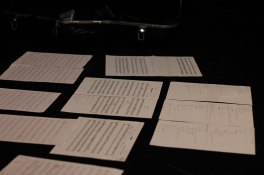 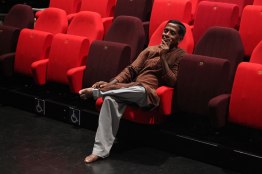 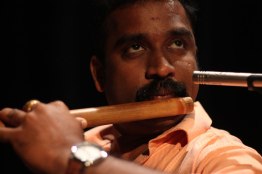 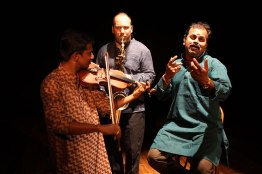 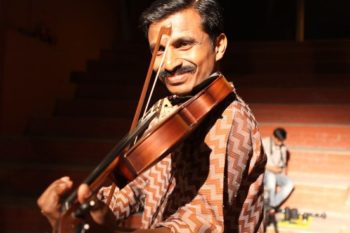 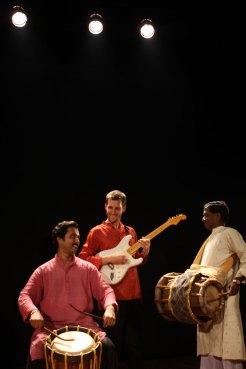 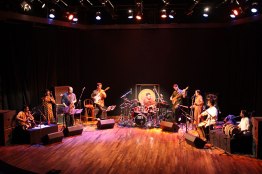 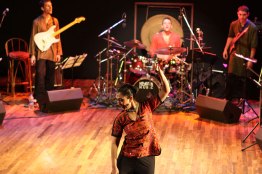 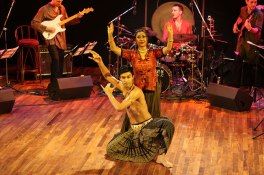 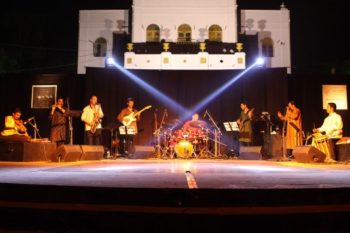 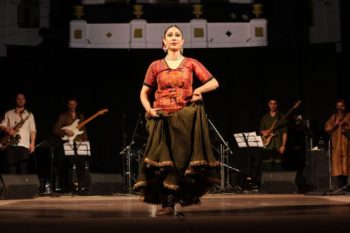 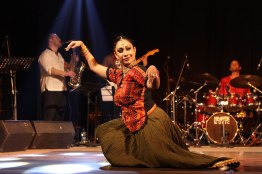 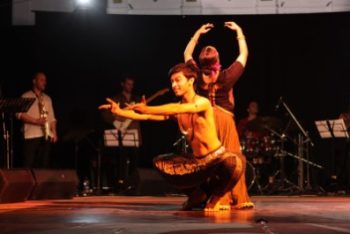 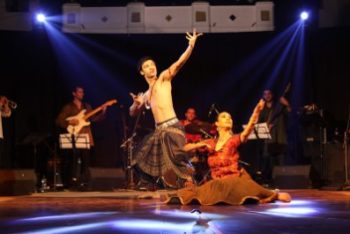