AN ADVENTUROUS JAZZ TO REFRESH THE FIRST DINO-MOVIE IN HISTORY

Movie by Harry O. Hoyt, adapted from the book by Arthur Conan Doyle.

A perilous quest, intrepid explorers, an impossible love, a fantastic country populated by dinosaurs, all electrified by a narrative and reactive music: An adventurous jazz with minimalist accents.

Professor Challenger, the head of a courageous expedition, explores the Amazon jungle in search of a fabulous lost world! A thrilling adventure, the treasure of a silent film that the OZMA ensemble dusts off by infusing it with a contemporary soundtrack, touching and refreshing. While retaining jazz’s freedom and love of sound, it is in more popular forms of music that this film concert finds inspiration. Pop melodies, rock explosions, and traces of repetitive, electronic music punctuate the film by accompanying theme changes and nurturing improvisations.

Professor Challenger trains bold scientists and adventurers, as well as the daughter of a missing explorer, in an expedition into the depths of the Brazilian jungle. The little troop is not disappointed. This wild region is infested with hungry prehistoric monsters and unpredictable monkey-men. As evidence, Professor Challenger manages to bring a brontosaurus back in a steel cage. The news then becomes all the more sensational in London when the cage breaks on its arrival to the Museum and the monster sets out on a terrifying visit of the city.

Show created in March 2017 at the Cheval Blanc, Schiltigheim (Alsace, France). In partnership with Lobster Films.

Discover the complete recording of the film-concert at the premiere! 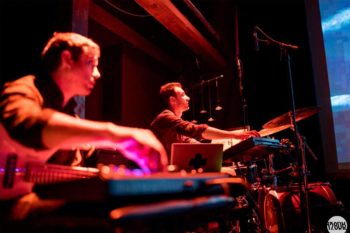 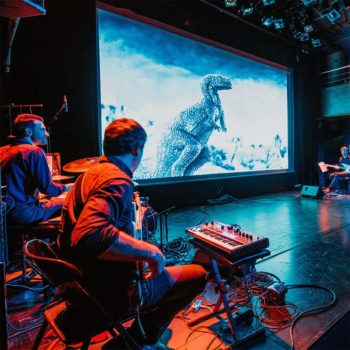 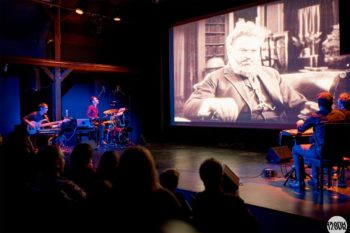