The photo-concert CROSSROADS was born from meetings with five photographers from all over the world.

Photographers and jazz musicians… They share the same fascination for the instant. Their road crossed, hazardous encounters, fruit of chance, luck or destiny, who knows…

They each have their own way of juggling with the ephemeral. Improvising constantly, taking advantage of a detail, bouncing on a gesture, a look, a movement. Some capture the moment, the other improvise it. From this mutual attraction for the instant and the pleasure of urgency, a collaboration was born.

Throughout a year of touring, Stéphane Scharlé has met photographers whose work tells the story of the country of origin, the men and women who inhabit it.

In April 2018, OZMA created a first part of CROSSROADS in Marrakech. A tribute to Leila Alaoui, an engaged Franco-Moroccan photographer, victim of the Ouagadougou terrorist attacks of 15 January 2016. This concert was the culmination of long months of exchanges with Leila’s family and especially her mother Christine Alaoui.

Four other photographers have joined the project since this first stage:

In the show, the photographers speak through images, but also by lending their voices. These interview snippets are mixed with images and sounds collected during OZMA’s travels by Juliette Ulrich, the image maker of CROSSROADS.

In April 2019, Neumunster Abbey in Luxembourg hosted the quintet OZMA for a week of creation. The ensemble set five chapters and about ten photographic series to music. The soundtrack of CROSSROADS, performed live, pays homage to the powerful worlds of the five photographers – sometimes cinematographic, others drawing on the quintet’s jazz universe. It serves the image and willingly lets it take over.

This creation got the fonds stART-up of the Œuvre Nationale de Secours Grande-Duchesse Charlotte. 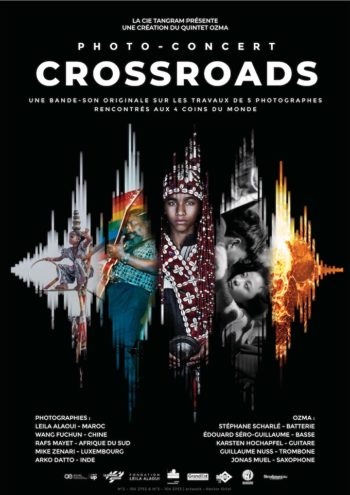 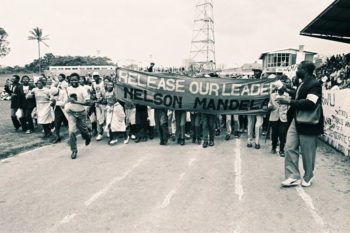 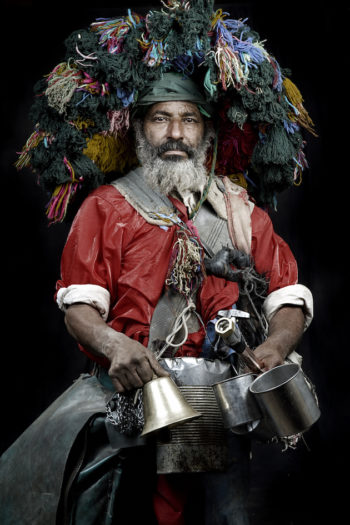